Exactly what was the mission?

"The Math of War" Mixed media collage on canvas, acrylics and ink. The caskets were made from a painting of mine that I digitized, multiplied and then printed on a Xerox color printer. 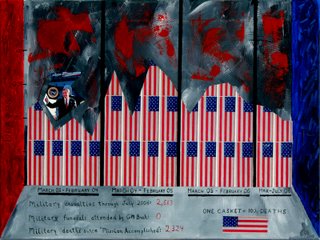