Picasso at the Nasher Museum at Duke 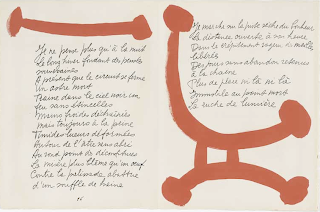 We finally got round to visiting the Picasso exhibit and it was a treat.  Without going into too much detail it is quite impressive, displaying Picasso's humor, imagination and breath-taking range of expression.  It also reveals a bit of his development over time from an early impressionist piece of a cafe scene (1900), a traditional portrait, "Head of Fernande" (1906) up until his later years.  It doesn't necessarily stick to the language connection but that does give the show a broader picture.  Definitely worth a visit.  Amy White at the Independent Magazine has an excellent review.  Steve from Durham has some interesting thoughts and a few pictures on his Take the Bull by the Horns blog.

Here's how the Nasher describes the exhibit:

The Nasher Museum presents a groundbreaking exhibition examining Pablo Picasso's lifelong relationship with writers and the many ways in which language affected his work. "Picasso and the Allure of Language" comprises some 60 works in all media by Picasso, as well as select examples by fellow artist Georges Braque, and photographs, letters, manuscripts and book projects by a diverse group of artists and writers. Together, these works illuminate Picasso's deep and multidimensional interest in writing and language, and challenge the notion of what have been considered "highlights" of his lifetime of work."