Some new pieces mostly based on photos

I've been working, really I have.  Mostly the effort hasn't resulted in much but I've been fairly inspired anyway.  One thing I've been working on are paintings from photos I like, Man Ray, Robert Mapplethorpe, etc.  Some I've stayed pretty close to the photo, others I've tried to use as a motive for either an abstract or just an inspiration.

First though a piece that was influenced by, hell, I can't find the piece in this mess of a studio.  Anyway, I started with random lines and ink confined in a series of 4 x4 inch boxes.  Afterwords I looked for some kind of pattern and found confined spaces suggesting two dancers.  So...

Dancing Alone & Together.  Ink and acrylic on mat board.  12 x16 Perhaps not finished. 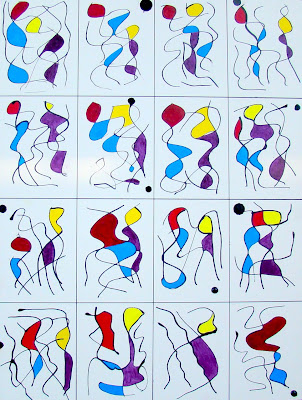 I have been highly influenced by Man Ray's photos.  The following two are from a photo called "Netting" and I've been pretty faithful to the original.  Here are 2 versions both on black artist grade sandpaper.  The first is quite small, the second somewhat bigger. 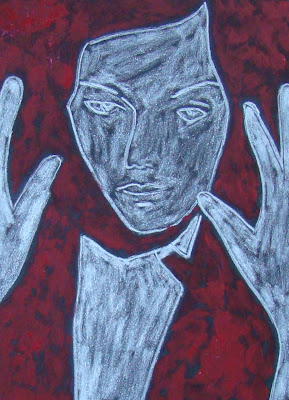 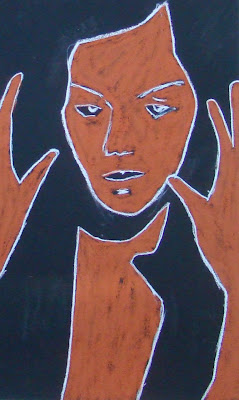 Email ThisBlogThis!Share to TwitterShare to FacebookShare to Pinterest
Labels: Man Ray, my art