Here's another of my younger son Andy.  (I'm working on one of the older son.)  It's from a visit to the Magic Garden in Philly.  It's gone through many iterations.  The neck, wellllllll, let's just say "I can't like it."  How will it end up?  Your guess is as good as mine.

Here's the second installment in my "recent pieces" promise.

I can't remember the photographer's name but he takes some wonderful landscape photos mostly in France and Spain. Here is what came from it.....

A new one but not what's on the website

So I've put some recent pieces on my website and said in my previous post that I was going to post them over time here.  But the best laid plans and all that.

Today I went into the studio and produced something that, at this point, I like.  I've spent much of my painting time over the last year or two producing pseudo realistic portraits.  I don't want to be realistic.  What I want is to capture the person, preferably with as little information as possible. So here is day one of a portrait of younger son Andy that is getting closer and closer to what I want.  Still work to do but I'm happy.


Weeks, later, March 3 actually, I'm putting the much later version of this here. Still not happy but it's better. I'll leave the old version because they are very different... 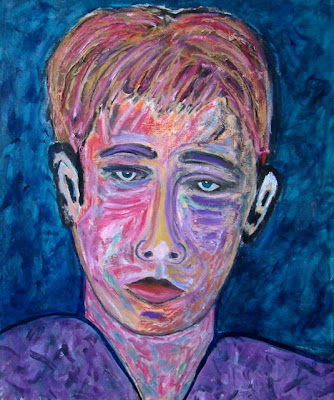 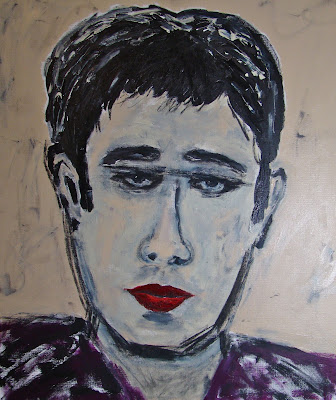 It's been forever since I updated the site mostly because of being stuck and not liking much of anything I've done recently.  This weekend I decided, what the hell, post it anyway.  At least it shows I've been working.  I'll post a piece every day or so for a while.  I'll even post those I don't like!  If you want to see them all at once and spoil the surprise just go to my website.

Let's start with a piece that is on this blog already but in a vastly different version. This has been though more permutations than can be imagined. The background was created using a wood cut that I made based on a Picasso painting. Picasso himself was actually in it at one time.